We were thrilled when Robby asked us to capture his surprise proposal to Salome last weekend.  What made it even more exciting was that Robby was flying in from Boston (yup, the USA!) whilst Salome was visiting London and her great friend Hana on a break from studying in Paris!  Robby’s been planning the whole thing since last spring and, as you can tell from his smile, was chuffed to bits (and perhaps a little relieved) that it all went to plan despite the snow.

Hana was in on the whole thing and was taking Salome out for ‘afternoon tea’.  As they skipped “Sex in the City” stylée down the cobbled street just outside the Tower of London, Robby called out Salome’s name and as she turned to see who it was, she was greeted by the sight of Robby on bended knee with a beautiful diamond ring in hand

The smiles say it all, it really was an amazing surprise and Salome said yes!  And to top it all off, a Beefeater from the Tower of London saw what was going on and invited them in to see the Crown Jewels!  What a lovely gesture

Congratulations Salome and Robby.  Enjoy planning your wedding, we’re sure that your future life together will be filled with love, laughter and smiles, lots of smiles – just like your wonderful snowy engagement. 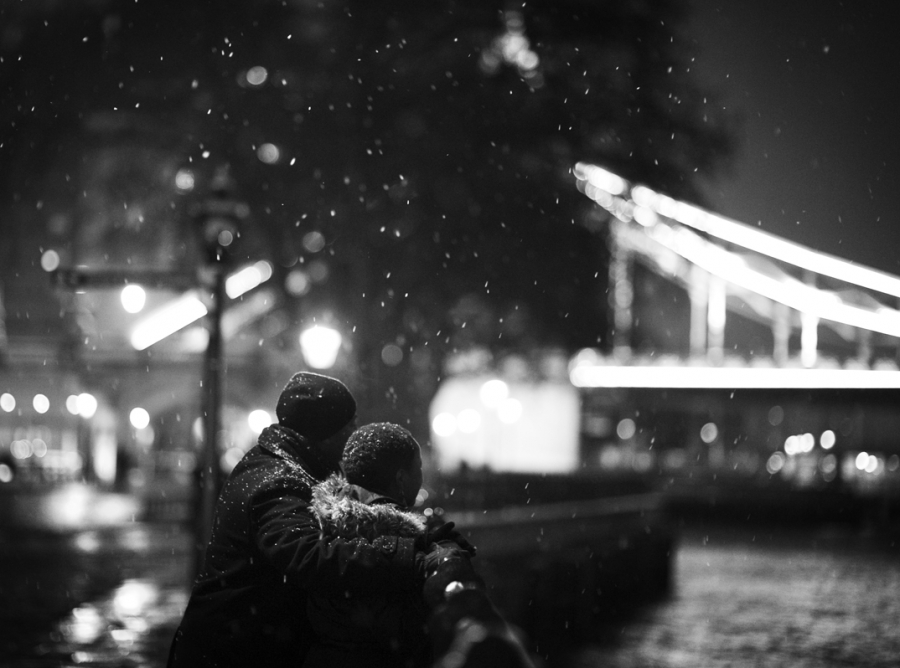 If you love our images please do share them, after all thats what photographs are for :)